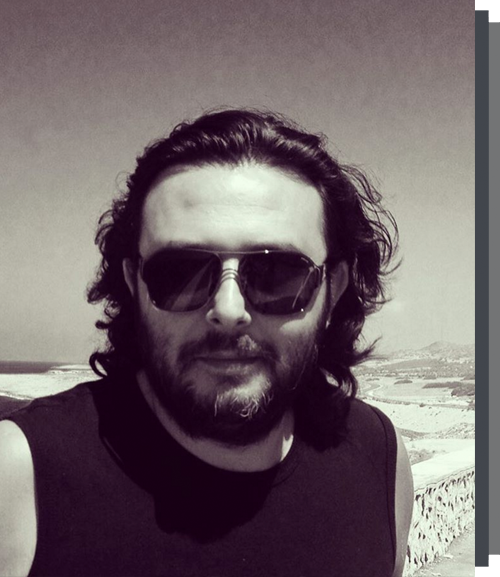 A city built on the skirts of the Erciyes Mountain, was sleeping soundly covered with the thick blanket of the silent gloom and carbon monoxide smoke which arose from the cole fire stoves in the customary cold winter night.  It was the eighteenth day in February, 1976, when the clocks showed 02:00 am that a new baby boy was born, with a slap to his bottom a scream was heard. This scream travelled through the corridors of the hospital towards the desk of a grumpy faced nurse who was reading a love story with great fascination. A hint of a smile appeared on her face.

In the same city, eighteen summers and eighteen winters later, the young man who at every opportunity would tell his tales with great enthusiasm was still able to put a smile on the face of the people around him.

In 1994 he left his large family in Kayseri and set off to the great writer Yasar Kemal’s homeland Cukurova. He read plenty of books,  wrote endlessly and worked very hard. He formed strong friendships which have not faded with time.

He was twenty-one when he met the love of his life. Sitting together on the edge of a cliff watching the sunset in Kusadasi, he knew that Ece would be the mother of his children and that she would be the one to hold his hand when he took his last breath. He was young but he wasn’t afraid. He is forever grateful for the generosity life has offered him in love. He has devoted his life to being a good husband and good father to his daughter Laila and his son Deniz.

He is now forty two years old and has lived in London since 1999. Long years of trade has turned him into a tired disheartened man. He has aged and this is evident in his greying beard. He has learnt from reading and listening and this has helped him form an understanding of life. What he has learnt has placed a great deal of stress and sadness on his face and in his heart.